If you wish to hire a camper from Calgary airport at the best price then we are here to help. We represent the top camper rental brands that operate from this location in Canada including Cruise Canada, RV Value and Casual Campers. With such a wide selection of RV suppliers on board we are able to offer budget low cost campers at one end of the market to exclusive luxury motorhomes at the other end.

Renting an RV in Canada can be expensive. However, petrol is much cheaper than other countries and the campsites are well maintained and very affordable. The cost of eating is also cheaper even when eating out and don’t forget to use the barbecue. Another great advantage of driving a Winnebago in Canada or the USA is that the roads are normally both wide and clear and parking is easy. 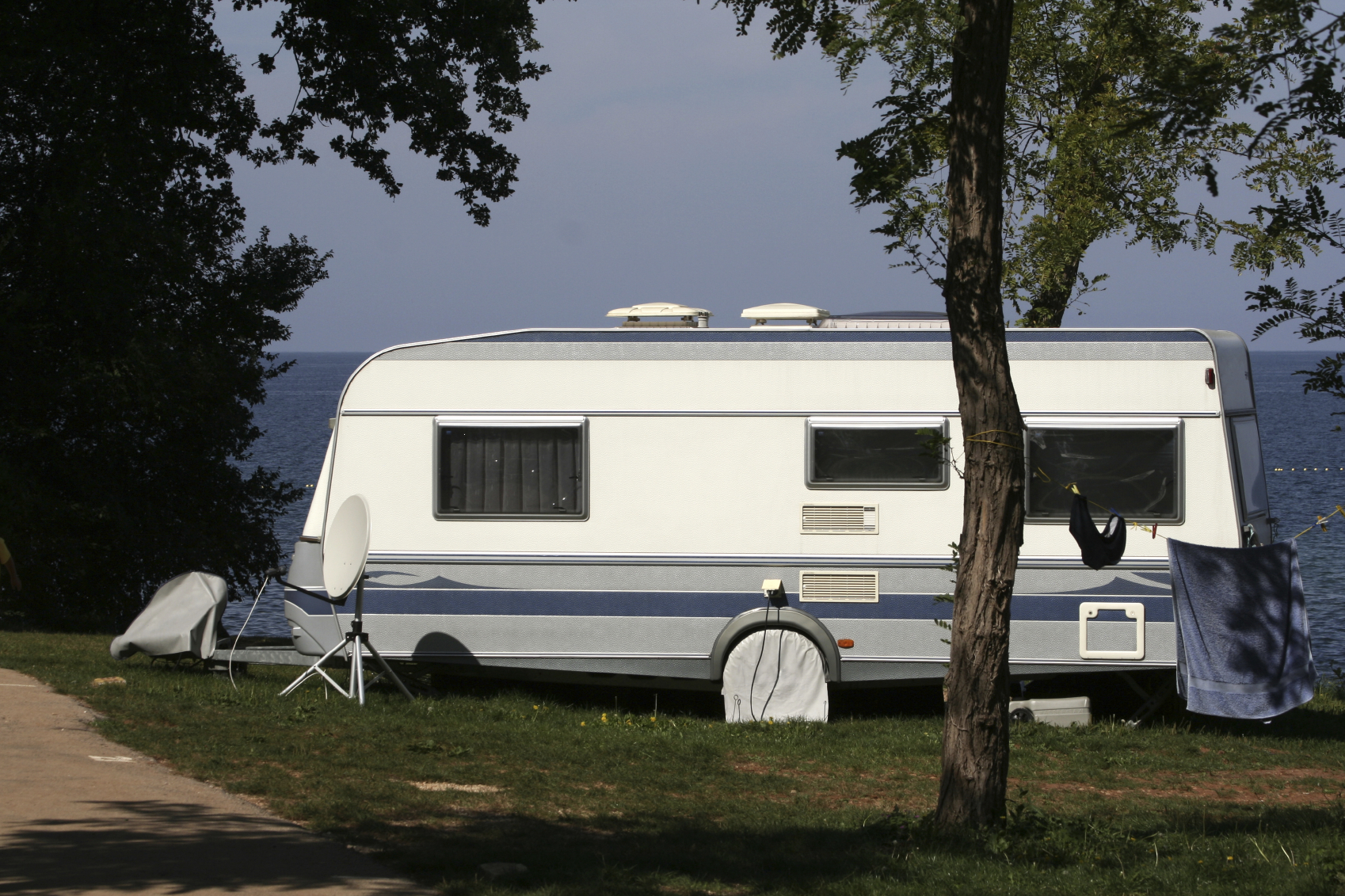 Parked Campervan by The Sea

Known as Canada’s eastern gateway to the Rock Mountains, Calgary is the country’s largest city and the capital of Alberta Province. It is also the main vacation stop-off point between Vancouver and Toronto, making it a popular destination for travellers. Even though most visitors head straight to the natural beauty of the Rocky Mountains, Calgary is an impressive tourist destination in its own right.

The city is dissected by the Trans-Canada Highway, which is the main arterial road crossing Canada. In addition, there are numerous highways that web the city, which are not only convenient but safe, too, even in the icy winter. The city is served by Calgary Airport, an important international gateway for both Alberta and Canada at large.

to the east of Calgary is Highway 901’s impressive lake area, which includes several waterways like Eagle Lake, Namaka Lake and Bow River. The area might not have the breathtaking beauty of the nearby Rockies, but it still provides a memorable escape from the hustle and bustle of downtown Calgary. Calderon Acres Campground caters to RV rentals, while the nearby Eagle Lake Campervan Resort provides great views of the water.

winding its way through some of the most scenic natural surroundings in Alberta, the Bow Valley Parkway in Banff National Park is just a short trip from Calgary. From the impressive mountain peaks to the blanket of lodgepole pine forest, this parkway is the ultimate drive for RV motorists. The Bow Valley Campground and Canmore’s Wapiti Caravan Ground make it possible for visitors to enjoy the Bow Valley Parkway’s beauty over a few days.

nestled within the magnificent Rockies, only 35 miles from Calgary Airport, is Highway 40, which passes some truly memorable landmarks. Sheep River, Mount Burns, Upper Kananaskis Lake and Elk Lakes are all within reach along this trail. It is best to park your RV hire overnight, especially at a comfortable caravanning site like Elkwood Campground or Tombstone Backcountry Motorhome Ground.

Calgary Airport, the largest air facility in Alberta, is a hub for both WestJet and Air Canada. It sits 10 miles to the northeast of Calgary’s financial and commercial centre, and contains a single terminal that consists of four large concourses. Altogether, nearly 14 million passengers pass through the airport’s terminal each year, with arrivals from dozens of domestic, North America and European destinations.

The airport is only a few hundred metres from Deerfoot Trail, which is one of the largest highways serving Calgary. This arterial road connects to the Trans-Canada Highway as well as the downtown area of the city. Passengers who travel via recreational vehicle rental from the airport will be able to explore the Calgary area with ease.