Paris’ former main airport is now its second-busiest air hub as well as the second-busiest airport in France. Paris Orly Airport sits eight miles south of the city centre, in both the suburbs of Orly and Villeneuve-le-Roi, and is linked to Paris and the rest of France via the A106 autoroute.

Arriving passengers who wish to head straight into the city are advised to travel by public transport, as buses, coaches, trams and trains all make the journey. But for exploring Paris’ surroundings and beyond, motorhome hire is highly recommended. Not only does a recreational vehicle provide for comfortable travel but there are a number of great camp grounds within a few hours’ drive. 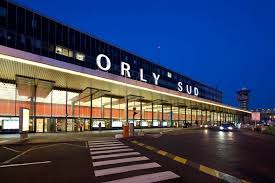 this beautiful drive to the east take those hiring motorhomes to this land of bubbly, rolling hills, medieval churches and historic fortifications. Sip champagne, visit the famous Notre-Dame de Reims, relax at Lac d’Orient and spend a night on the River Marne. On this drive, stay at Camping de Châlons-en-Champagne, Caravan Site Le Garillon and Caravanning Des Deux Ponts.

this woodland in Normandy is a great place to enjoy magnificent nature. The 58 square metre area is home to wolves, deer and birds, and is an ideal spot for hiking, mountain biking and enjoying the fresh air. While here, stay at Motorhome Site Mun, La Campière or Campsite de la Vée.

a beautiful drive along the bends of the River Seine from the outskirts of Paris to Le Havre, where the river spills into the English Channel. On this scenic campervan drive, there are a number of great motorhome sites to stop and rest at, including Caravan Château Gaillard and Campsite Le Clos Normand.

Most of France’s domestic flights route through Paris Orly Airport though it also serves destinations throughout the rest of Europe, as well as numerous worldwide cities. Passengers arriving from the UK can do so via London-City, London-Heathrow or Southampton airports.

Paris Orly Airport has two terminals which are named the South and West terminals. Both terminals have plenty of services on site, including shops, bars, restaurants and currency exchange booths. The two terminals are connected by a free shuttle, while the airport’s railway station can be reached by the Orlyval automatic shuttle.

France is well serviced by holiday parks and caravan and camping sites that will allow you and your family to rest up for a few days and explore the surrounding locations and facilities. Remember with this being Europe you may with some suppliers return your RV rental in France to another major city location in France or even a one way rental in Europe to another country.