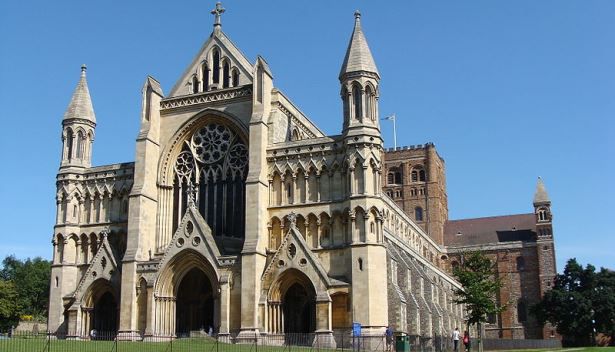 Looondon Gatwick is 47.5 kilometers south of Central London, but still maintains being pretty easily accessible to those who want to see what the great city and surrounding areas has to offer. Although not as big as Heathrow, it still London’s second-largest international airport and maintains having one of the world’s busiest single-use runways. It hosts over 38 million passengers per year! It has certainly come a long way since establishing itself in 1935 and continues to grow and meet the demands every year. With a great location and ease of travel, Gatwick is a great place to begin your journey.

RV Rental Network provide recreational vehicles and mobile homes for lease and rental, all with the comforts of home. With our partners we offer an extensive range f motorhome rentals and camping cars from the popular Chausson Flash to budget pop up campers and the ever popular Mooveo. All vehicles are late model or new and depending on the berth size can sleep from two to six people. Extras are available for your RV rental, we can add infant car seats for the little one, GPS so you don’t get lost or mountain bikes if you’re feeling adventurous. In canada we offer fully equipped rentals with Motorhome Hire for you, Amber Leisure, and Compass. One way rentals are available from Vancouver to Calgary

Driving around London is not an easy task in any way, shape, or form. One of the most famous drives outside of the city center, since it is not easy to drive within the city itself, is the drive from London to Cornwall. Although it is over 1110 kilometers, the drive itself is full of little villages and rolling hills as the backdrop, as well as the ability to understand the true English countryside, and the way of life that is not just London living. On the drive from London to Cornwall, you’ll not only see some amazing cliff drops but get to glimpse into the history of one of the longest standing kingdoms of all time. Stop in Cornwall’s Lizard Peninsula to see some of the great English beaches that many people didn’t know existed, as well as visit historical places like the Pendennis Castle, Henry VIII’s 16th-century treasure.

Another one of the most busiest drives is on the infamous M1 Motorway, leading from London north and into Leeds. You’ll pass through famous places like the Peak District National Forest, the Yorkshire Wildlife Park, Sherwood Forest, and Solitaire – the famous UNESCO Heritage Site. When you get a chance, you’ll love to visit the gorgeous Victorian quarters of Leeds.

London to Severn Beach is another famous drive, along the M3. You’ll head though the Reading Abbey Ruins and see places like Donnington Castle. You’ll also be able to visit other famous places like Bath and hike in the Cotswolds. 4.4 million people visit Bath per year, making it one of England’s most famous sights. Don’t forget to explore the countryside and architecture of North West Leicestershire.

Things to see near London Catwick

Although a little out of the way, Stonehenge is easily one of the most significant sights in all of England and can be seen on a day trip if you are very determined.

If you choose to stay somewhere local and enjoy some of the great sights in London itself – you’ll certainly be kept busy for a week! London is a great city because everything is riddled with an abundance of historical significance that can only be found in such a great city.

Gatwick is a great airport because it offers so much and it’s relative closeness to the rest of London. Buckingham Palace, the queens home, is easily seen while driving through London. It is one of the most visited tourist destinations in the entire world, along with World Heritage Site Westminster Abbey. Westminster Abbey is a Gothic abbey church built in the year 1080 and then rebuilt in the year 1517. It is easily one of the most significant sights in all of England.

After visiting here, people often head to places like the infamous Picadilly Circus. This famous road junction gets thousands of visitors a day of tourists loving to have their photos taken in England’s version of places like New York’s times square.

If you want a view of the major landmarks, don’t skip out on visiting the London Eye. The London Eye is the world’s biggest observation wheel and sits on London’s South Bank, at over 135 metres.

England drives on the right side and this has to be said because many drivers who come to England for the first time are often confused as to how it all works. England is also very strict on tickets for no seat belts, speeding, and things of that nature. Driving in central London is often difficult, but the outskirts are fairly easy. Always obey the traffic laws and try not to drive in London at peak hours around 7-9am and 5-7pm.